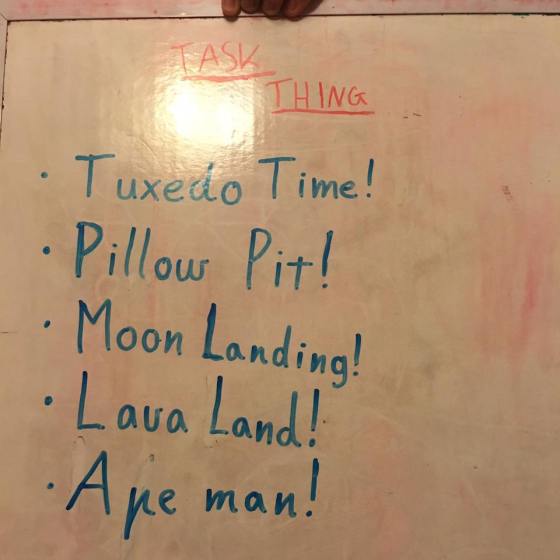 Somewhat surprisingly, I did not make this list of Task Things in 2017 (written by my youngest child).

When I wrote my last post, I honestly thought my list would have end up having just one name on it and one name alone: my own.

But then the list started to grow. Some people put their own names forward. Other people put forward the names of deserving friends.

Without further ado, here is a list of writers who were unlisted in 2017 but who continued to find joy in the act of writing and do it anyway:

If you or anyone you know deserves to be on this list, please let me know before December 31st 2017 via email imbi.neeme@gmail.com or in the comments below. 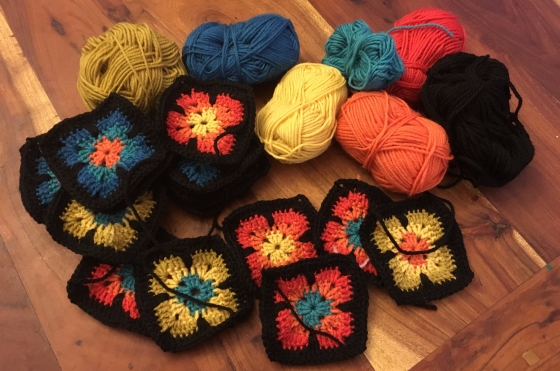 This unfinished blanket was also not listed in 2017.

It’s that time of year when people like to make lists. Lists of things to do, things to buy and things make. Lists of best books, movies and albums. Lists of must-see TV and must-have gadgets and must-avoid foods. Lists of lists.

Throughout the year, there have been other kinds of lists. Lists for unpublished manuscripts and emerging writers. Longlists and shortlists, commended lists and winners lists. I tried to get on some of those lists, maybe six or seven of them, but didn’t make a single one. I know, from previous experience, that being on a list feels really, really good. Unless it’s a hit list, of course. That probably feels rubbish.

But listen: I feel incredibly proud of the writing I’ve done in 2017. In between the cracks of my busy life, I’ve managed to revise one manuscript from second draft to fifth draft, as well as write a first draft of a whole other novel. I’ve continued to back my own writing by submitting it for awards and prizes and sending it to publishers. And even while I was weathering the not-very-highs and really-quite-lows of being an unpublished novelist, I managed to still feel joy every time I sat down to write.

And that, I believe, is truly list-worthy.

This year, on Friday 22 December, I am going to announce my own list. It will be a list of writers who didn’t get listed in 2017 but who kept writing anyway. My name will be on it. If you want your name – or someone else’s name – to be on it, too, please email me – imbi.neeme@gmail.com

3 manuscripts completed, 1 published in June 2020, and 1 more about to be written.

0 crochet projects underway. Pray for me.

It’s all in the past